Milton Malsor Village Hall, like most others, is at the heart of the community in which it was built. The hall is run by a small group of volunteers who act as the management committee and the board of trustees comprising a representative of each of the local user groups. There is one part-time paid employee who acts as both booking officer and caretaker. The revenue to run the hall comes from a mixture of regular village-based activities and “one-off” hires to the general public

The problem that the management team of the village hall was trying to solve is a common one – lower utilisation of the hall than desired, leading to insufficient funds to undertake significant improvements to infrastructure without ongoing fund-raising activities to make ends meet. Most maintenance tasks also fell to a small band of volunteers as there was insufficient money to pay professionals to do the work.

The obvious answer was to increase the utilisation of the hall but to do this in a way that did not interfere with the enjoyment of the facility by local user groups, for whom the whole community project was founded in the first place. The break-through came from an examination of the booking process from a customer perspective, where it became clear the current process was causing loss of a lot of potential business.

The core problem turned out to be the fact that because the availability of the hall was not available to potential hirers to see for themselves, promising enquiries could finish with frustration when it turned out that the hall was not actually available at the required time. It was also the case that often by the time that availability could be confirmed, customers had already given up or booked elsewhere. Booking forms then had to be filled out and posted back, deposits paid by cheque, etc..

The journey to make all of this more efficient then began with an experimental new website that published an online calendar of just when the hall was available. The effect of doing this was immediate and dramatic – non-regular bookings almost immediately went up by around 50%, which showed they were on the right track

That gave them the confidence to take the next step – a fully integrated online booking system where customers could not just see availability, they could book themselves in and pay immediately to confirm (subject to approval) their booking. They have not looked back since and over the last two years the booking system has developed into the fully functional design you now see…bookings are up 300% (!) on what they used to be and the hall literally now always has as many bookings as it wants. They can also now afford to have routine maintenance tasks done by professional local tradesmen, thereby spreading the good fortune and the local user groups also benefit from large subsidies of their use of the hall and there is no need to increase their prices

Exactly the system that Milton Malsor Village Hall use is now available to you - and the price for all this is less per month than you will make on one typical booking!

The Milton Malsor Village Hall website can be viewed at: www.miltonmalsor.info and more information on the background to this case study, including all the data sources relataing to the claims made can be obtained by emailing: enquiry@miltonmalsor.info 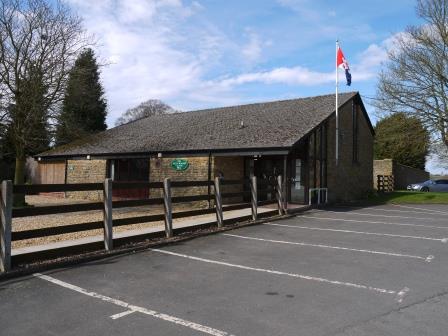